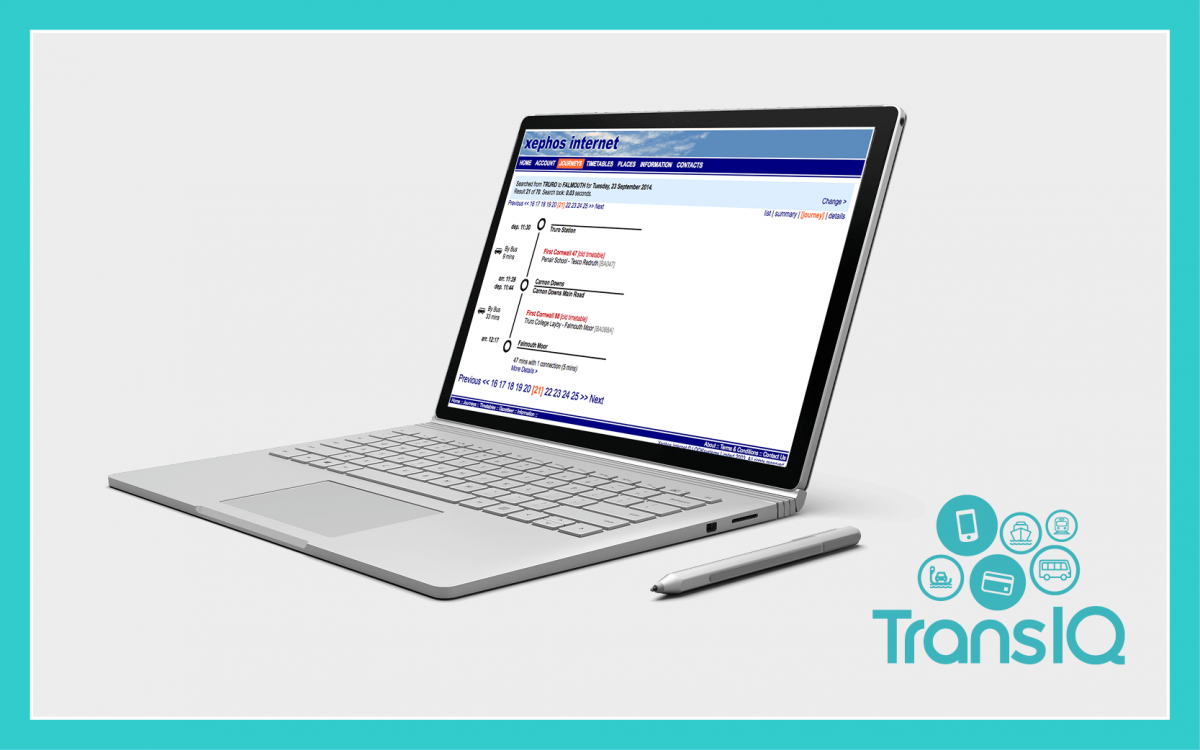 This was a large and technically challenging project with a lot of firsts.

A journey planning application that we developed which was groundbreaking in terms of scope and performance and had to compete with large multi-nationals with many times our budget.

Xephos was commissioned by Southern Vectis plc, originally as an electronic version of their Great Britain Bus Timetable publication, but rapidly grew to become the first truly national multi-modal public transport journey planner for the UK.

The system was initially deployed as part of the government’s Public Transport Initiative, covering the South East region which included the 11 counties and 3 unitary authorities surrounding London. The SEPTI call centre used the Xephos software to answer some 2000 calls per day, providing journey planning for over 15,000 bus, tram and ferry services across the country, including the Train Service Database from Network Rail, basic London Underground Services, along with National Express Coach routes.

The Guardian newspaper selected it as one of the top 100 websites that year.

Since it’s launch, Xephos has also been selected as “best of breed” by British Telecom for their Enhanced Voice Services (directory enquiry) trials. It received numerous commendations in the transport and national press and won the “technical achievement award” at the bus industry’s equivalent of the Oscars – beating long established multi-national companies who were also nominated in the same category.